Leonardo Pisano was born late in the twelfth century in Pisa, Italy and the fibonacci sequence is the foundation of the golden ratio.

3. Hundred is not hundred

The word “hundred” is actually derived from the Old Norse word “hundrath,” which actually means 120, not 100. Maths is not confusing, but languages make it confusing.

In a room of just 23 people there’s a 50% chance that two people have the same birthday.

5. The world’s favourite number is 7

The most popular favourite number is 7. Coincidentally, a week has 7 days, there are 7 wonders of the world, James Bond is 007, rainbows have 7 colors, there are 7 continents and a neutral pH value is 7.

7. There is no Roman zero

Zero is the only number that can’t be represented in Roman numerals. Because Roman Numerals System was developed for mostly knowing the price of goods, and to trade.

The numbers on opposite sides of a dice always add up to seven.

9. Pythagoras has another theorem

10. The difference between even and odd numbers

Mathematically, an even number is a number that can be divided into two smaller numbers which are actually whole numbers. 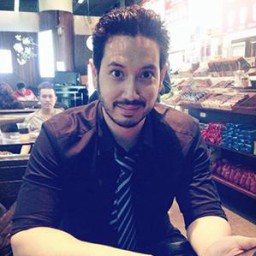 Johann Rizal Alexander is the Perfect Solution Education Group's Digital Marketing Manager. He is passionate about technology, online solutions and digital marketing. He is an advocate for online tuition in Maths and History and encouraging students to tackle subjects by learning each online tuition subject as a language.

Find our more about Johann at https://www.johannalexander.com